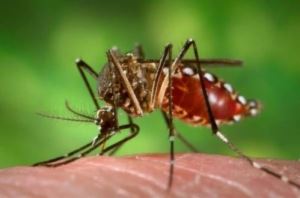 Zika virus is spread to people through mosquito bites.

The most common symptoms of Zika virus disease are

The illness is usually mild with symptoms lasting from several days to a week. Severe disease requiring hospitalization is uncommon.

In May 2015, the Pan American Health Organization (PAHO) issued an alert regarding the first confirmed Zika virus infection in Brazil. The outbreak in Brazil led to reports of Guillain-Barré syndrome and pregnant women giving birth to babies with birth defects and poor pregnancy outcomes.

In response, the Centers for Disease Control and Prevention (CDC) has issued travel notices for people traveling to regions and certain countries where Zika virus transmission is ongoing.